Uncle Hans-Peter is the patriarch of the Let Me Feel Your Finger First cartoon family. He’s a hunter. An operator. He enjoys tying up his nephews on hot summer afternoons. THE UNCLE HANS-PETER PARTY is an initiation into the comic world of Let Me Feel Your Finger First, a “live” comic strip comprising masquerade, animation and participatory performance where the audience don plastic masks and collectively assume the persona of the “Fiend of Feuchtwangen”.

THE UNCLE HANS-PETER PARTY premiered at Comica Festival 2009 at the Institute of Contemporary Arts, London. It toured to Flatpack Festival, Birmingham (2010), Supernormal Festival, Oxfordshire (2010) and Sprint Festival, London (2011). A re-enactment of the work was performed at Close-Up Cinema, London in 2016.

Uncle Hans-Peter and the Let Me Feel Your Finger First family are discussed in Comics Unmasked by Paul Gravett and John Harris Dunning.

“Uncle Hans-Peter slips from the frames. He escapes the image. Evades the pencil. He peels up from the page and swells to life-size dimensions, in command. But comic characters are capricious – genetically so to speak. In another moment, he’s flat and small and tweakable again… He wants to do and be done too – isn’t that just the situation of animation?”

“LMFYFF has yet to disappoint in its doses of uncomfortable hilarity and this evening promises to change lives — irrevocably.” 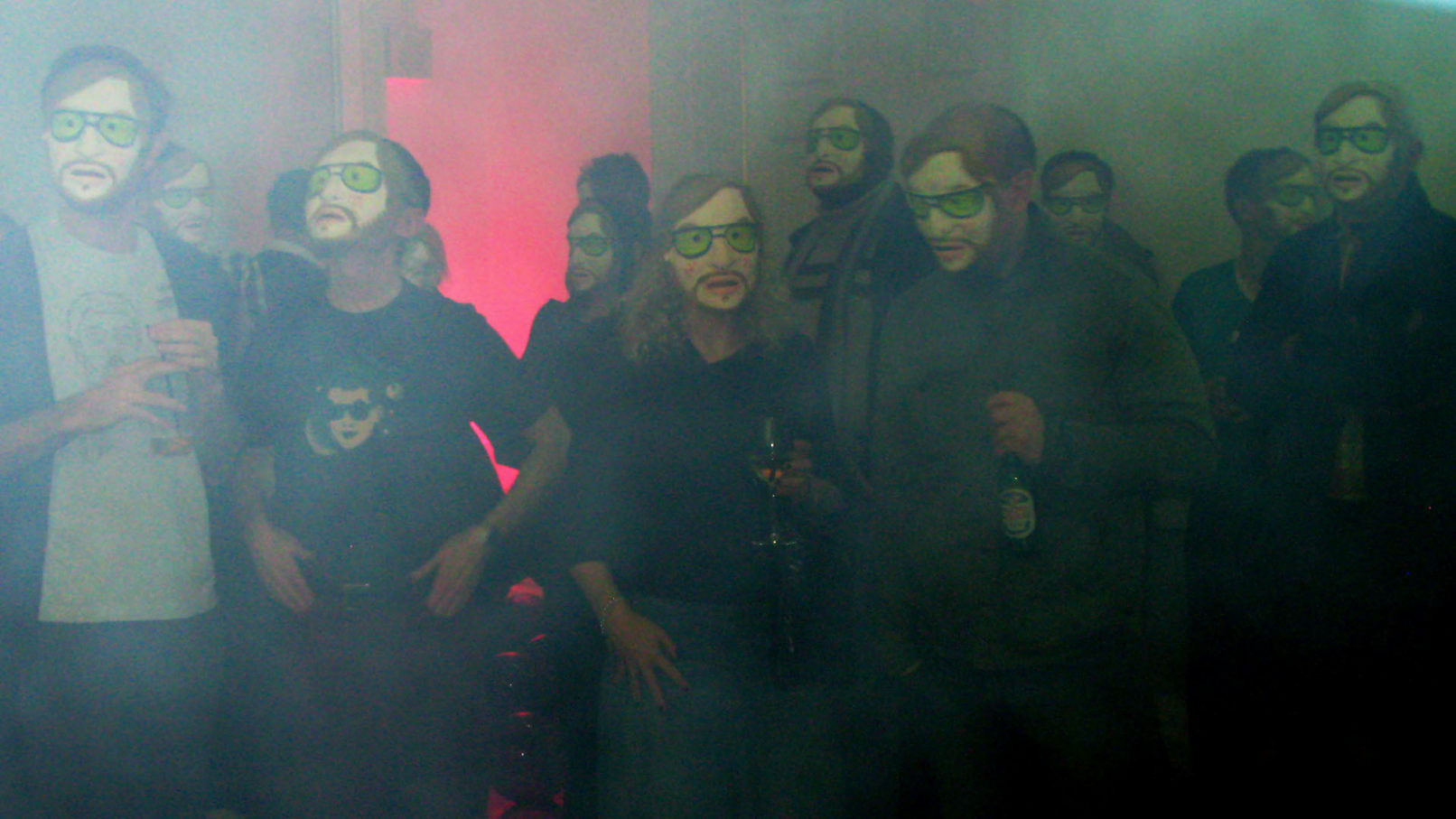 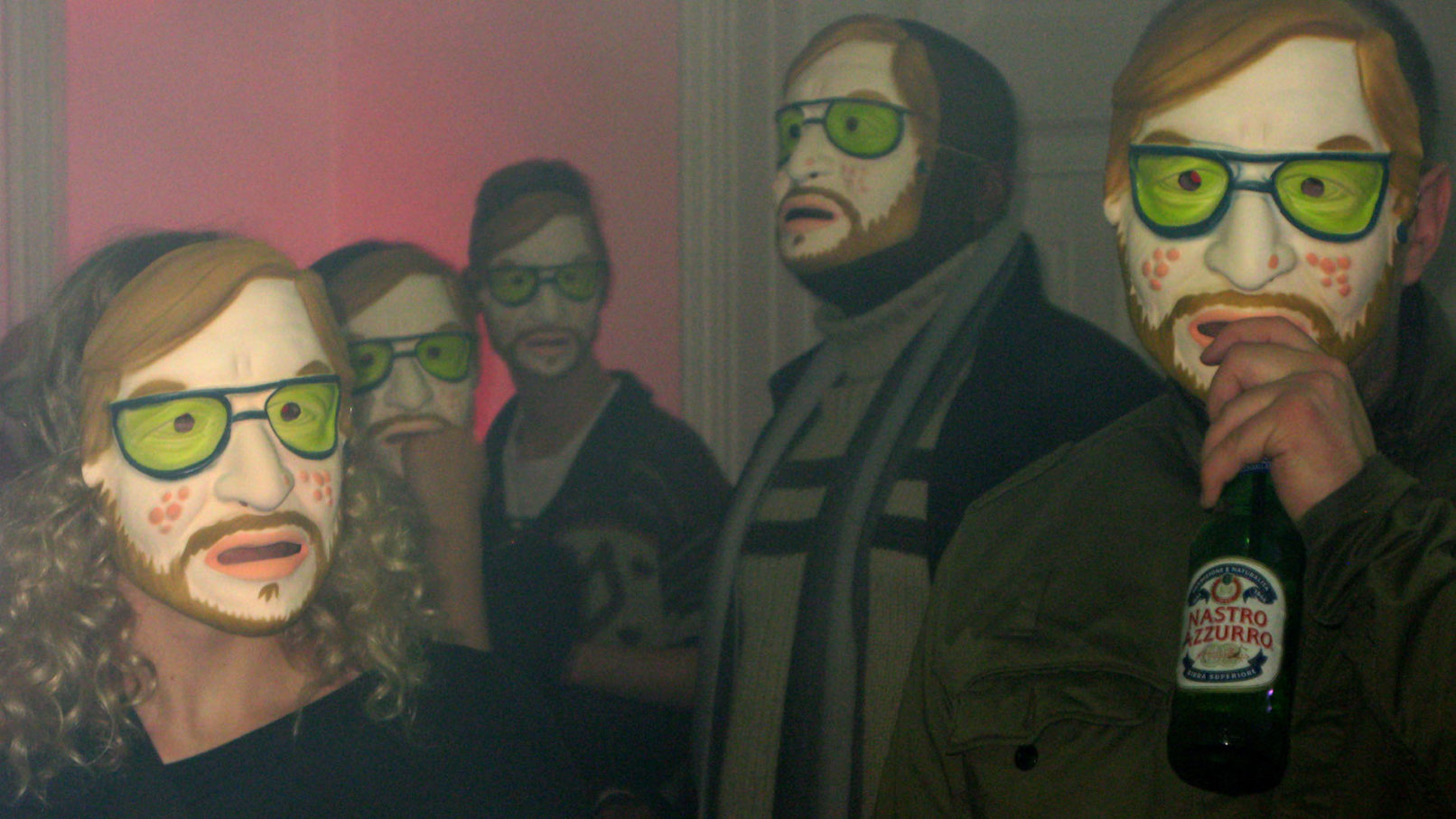 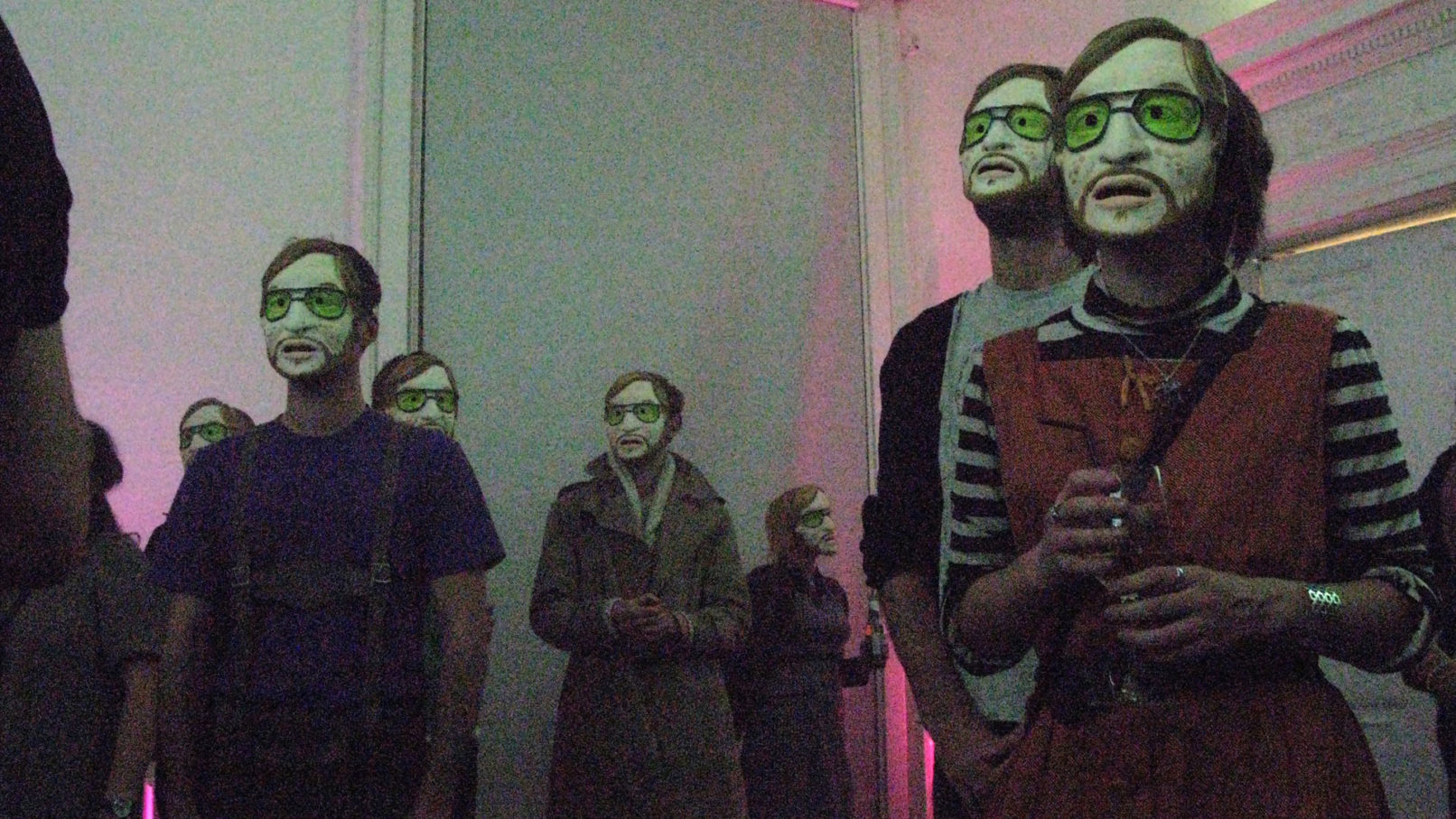 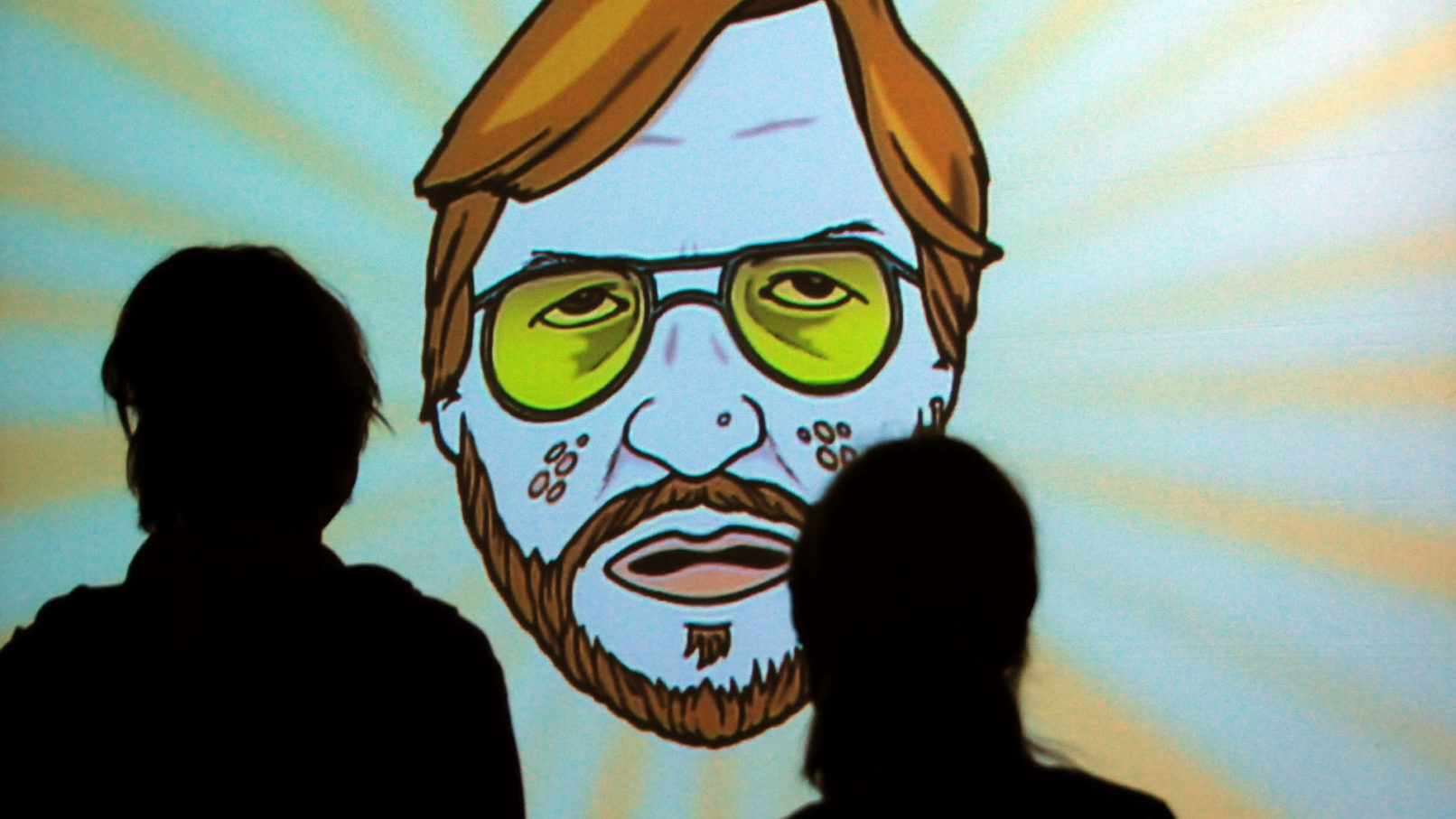 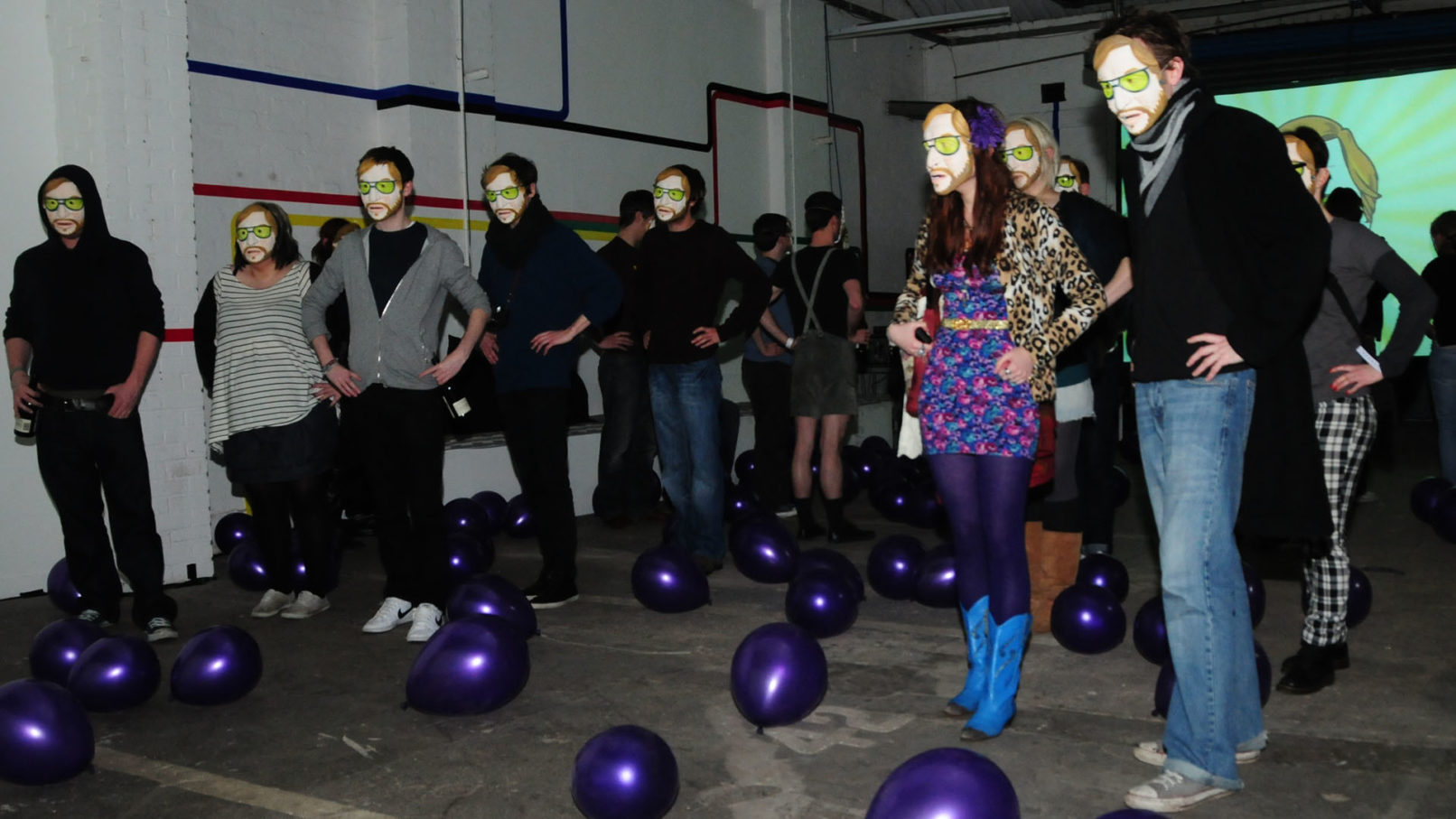 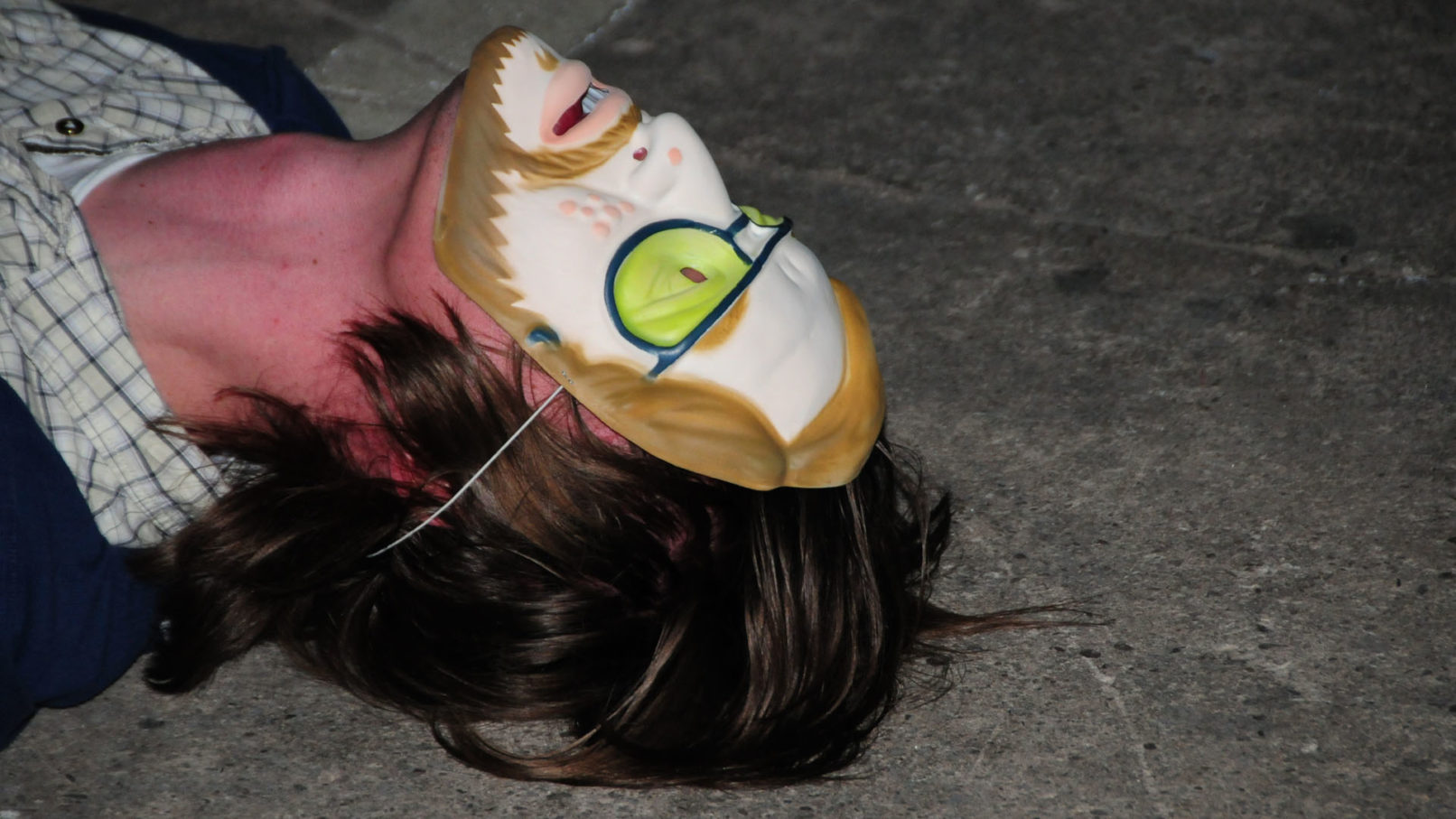 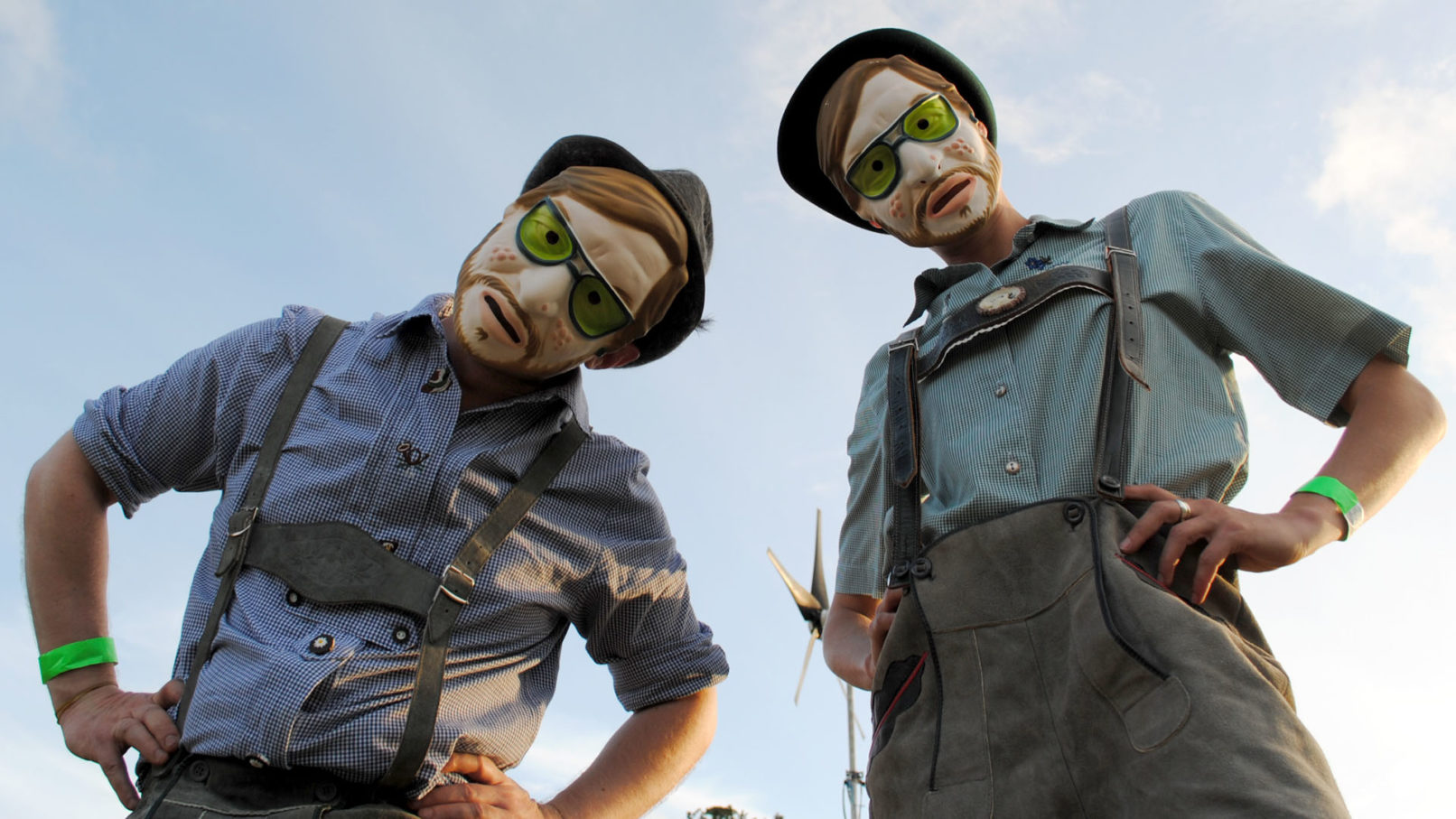 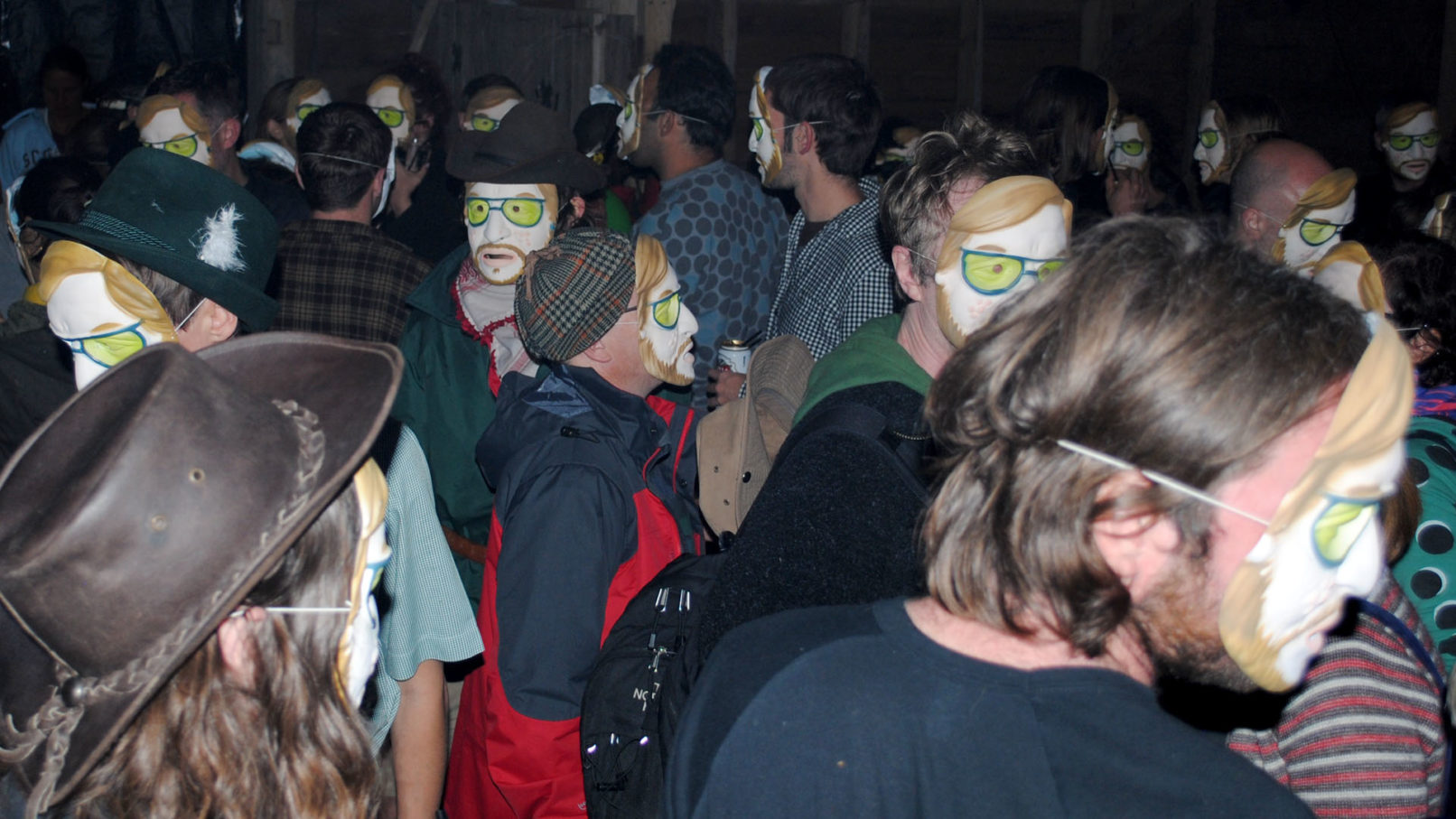 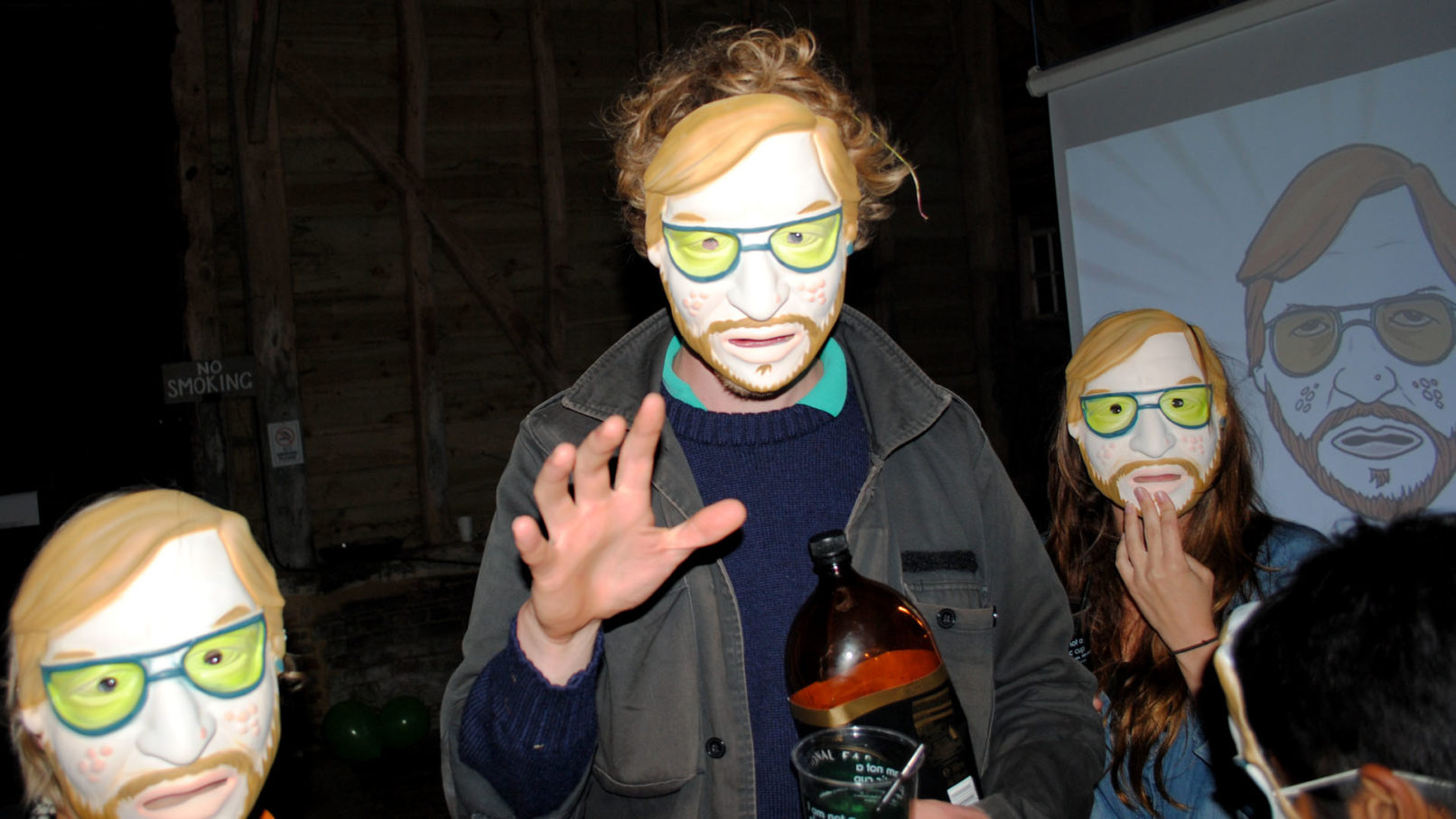 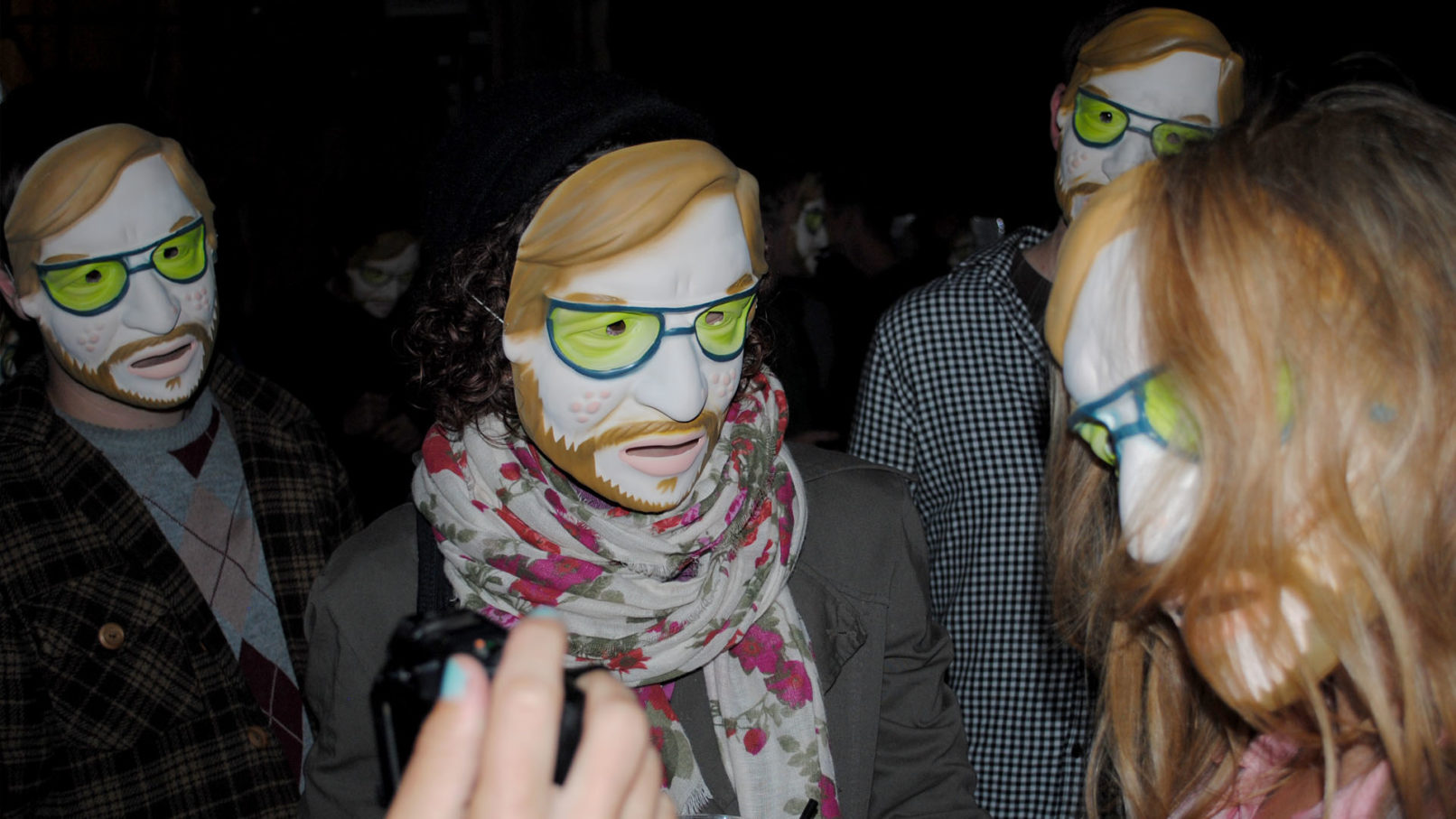 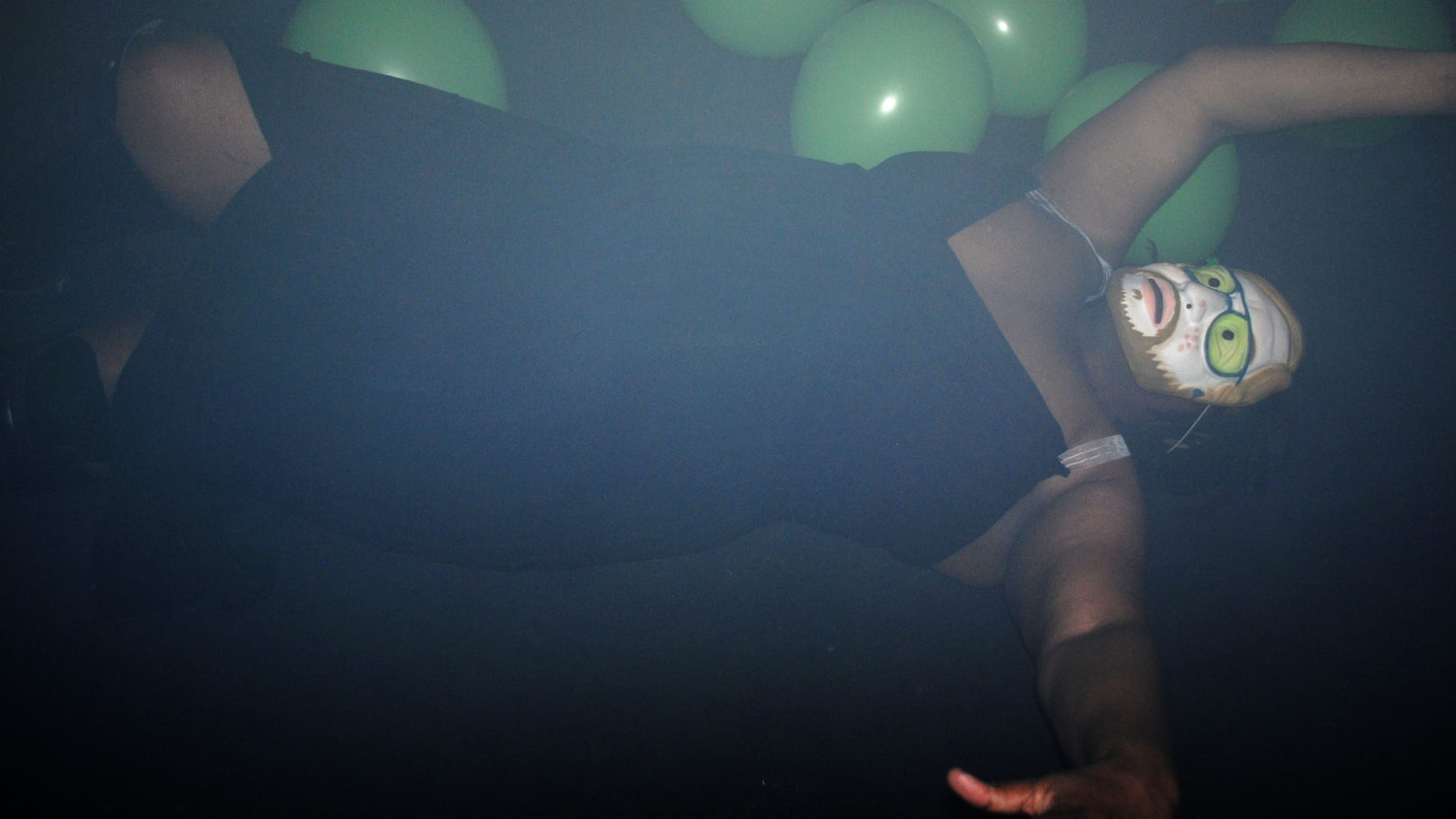 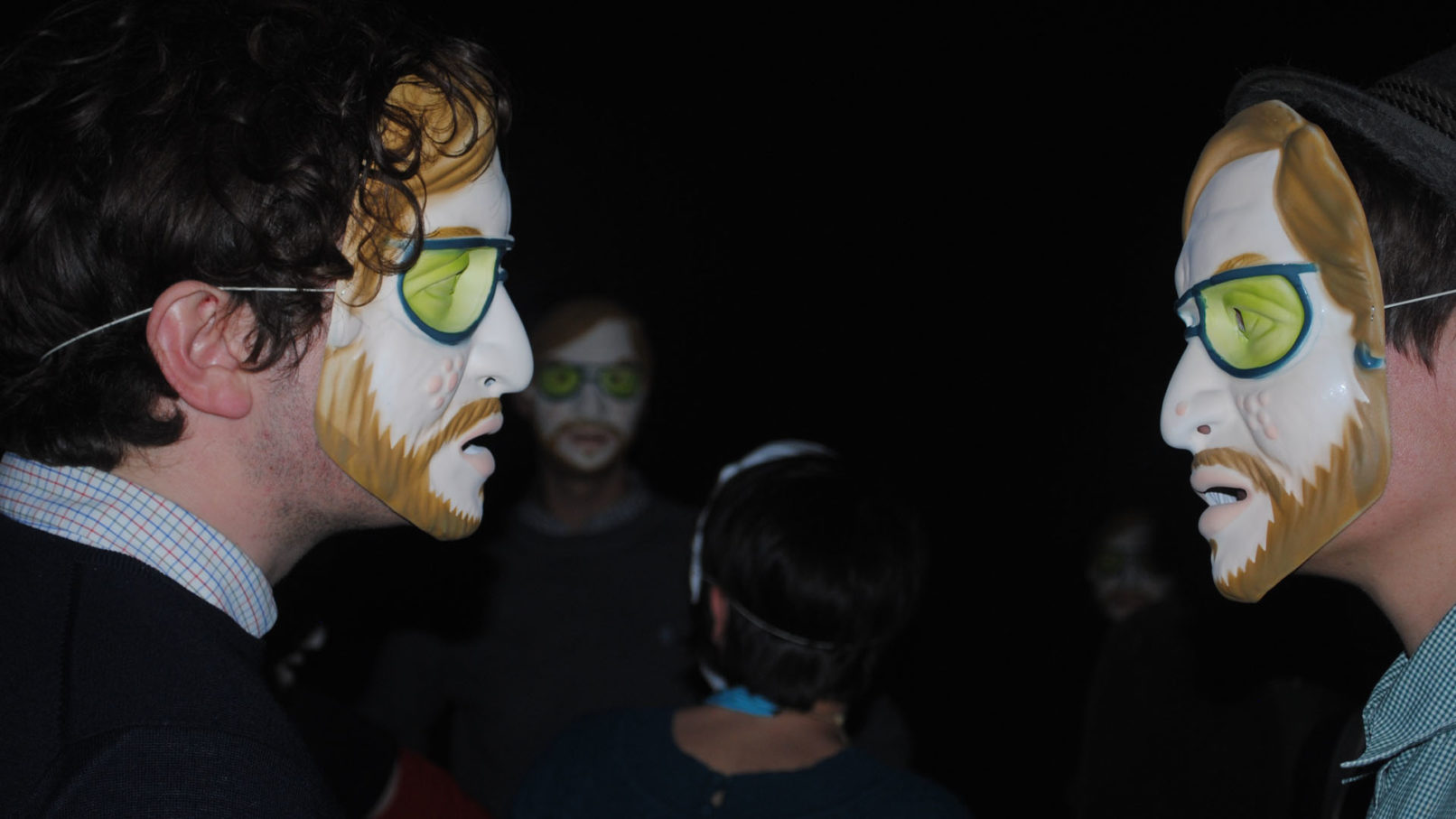 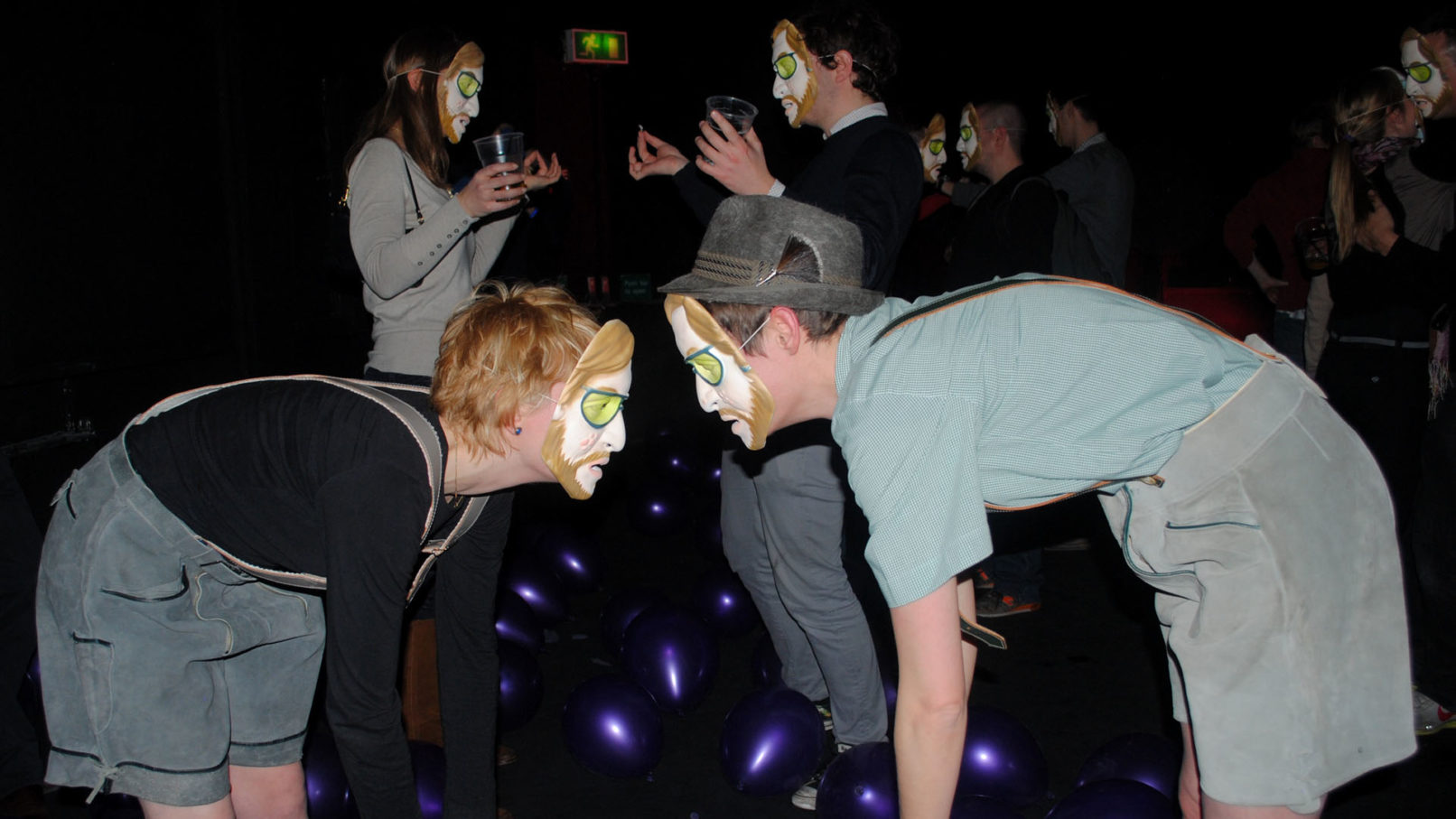